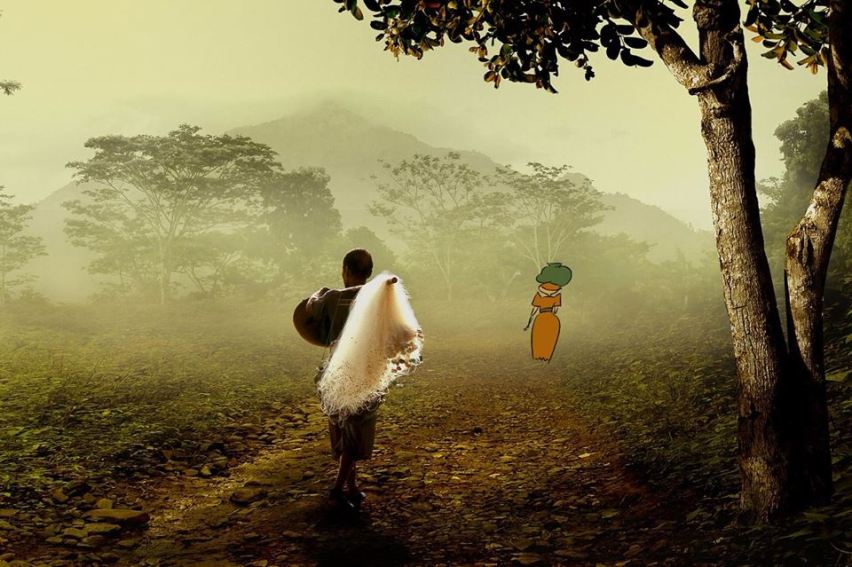 Once upon a time in Uganda there lived a girl child.
Actually there lived many of them because Ugandans rut like rabbits on caffeinated Viagra. All they do is drink, complain about Umeme and reproduce.
The nation is populated by drunks, whingers and newborns, some of whom are girl children, and form not only a very important social demographic but also the centre of this series.

One such girl was Anita. Anita lived in a rural village called Ggwa, which is found up the hill, then down, then you go round the corner, then you see the muyembe, you pass it and you go and go then you will see a boda stage but the bikers are human and the bikes are Bajaj mate. The green ones. Don’t stop. Keep going.

Then you will find another boda stage. But the bikes are roadmaster and the bikers are zombies. Keep it moving. We ain’t done yet.

Then you will find another stage. Here the bikes are donkeys and the bikers are zinjanthropus. You are almost there. Keep going.

Go until you find that the air smells different. You will detect the smell of perpetual despair and poverty. You are getting close. Be of strong heart. Keep it moving. We don’t have all day.

You will eventually find that the sunlight looks different. If shines with the glint of hardship and destitution. You are getting very close. Keep it going. This ain’t no joyride.

Finally you will see a cluster of huts so beaten up and broken and battered and busted up that you will understand why, when you ask the first resident you speak to for the kigaga zone of the village, he points to an anthill.

It was in this village that Anita was raised.

Now Anita was the village belle. Not only did she have one of those Baganda faces which you know… you know what I mean? If you look at Mariam Ndagire and Grace Nakimera and Ella Nantumbwe and see what they have in common, that is what I mean. That one. Anita had that.

She also had a tremendous ass. Whooo! That ass. It was an ass that would not submit to patriarchal constraints which try to shackle a woman’s sexual power and subdue the might of her sexuality. That ass was too awesome to allow.
I don’t mean it was big. I mean it was good. It was perfect geometrically; surface area and diameter could solve for x. It was the ass that throws enemies into disarray because they don’t know where to ogle. Her ass was da bomb to such an extent that Kim Jong Un wanted to launch it over Japan.

The rest of her body was also very pleasant to see, and as for that face and that smile and the way they moved when she spoke? Heavy sigh.

So Anita was hot. But in addition to this she was also very clever. Which is why she decided to leave Ggwa and head to Kampala.

That was the first chapter. We will continue.