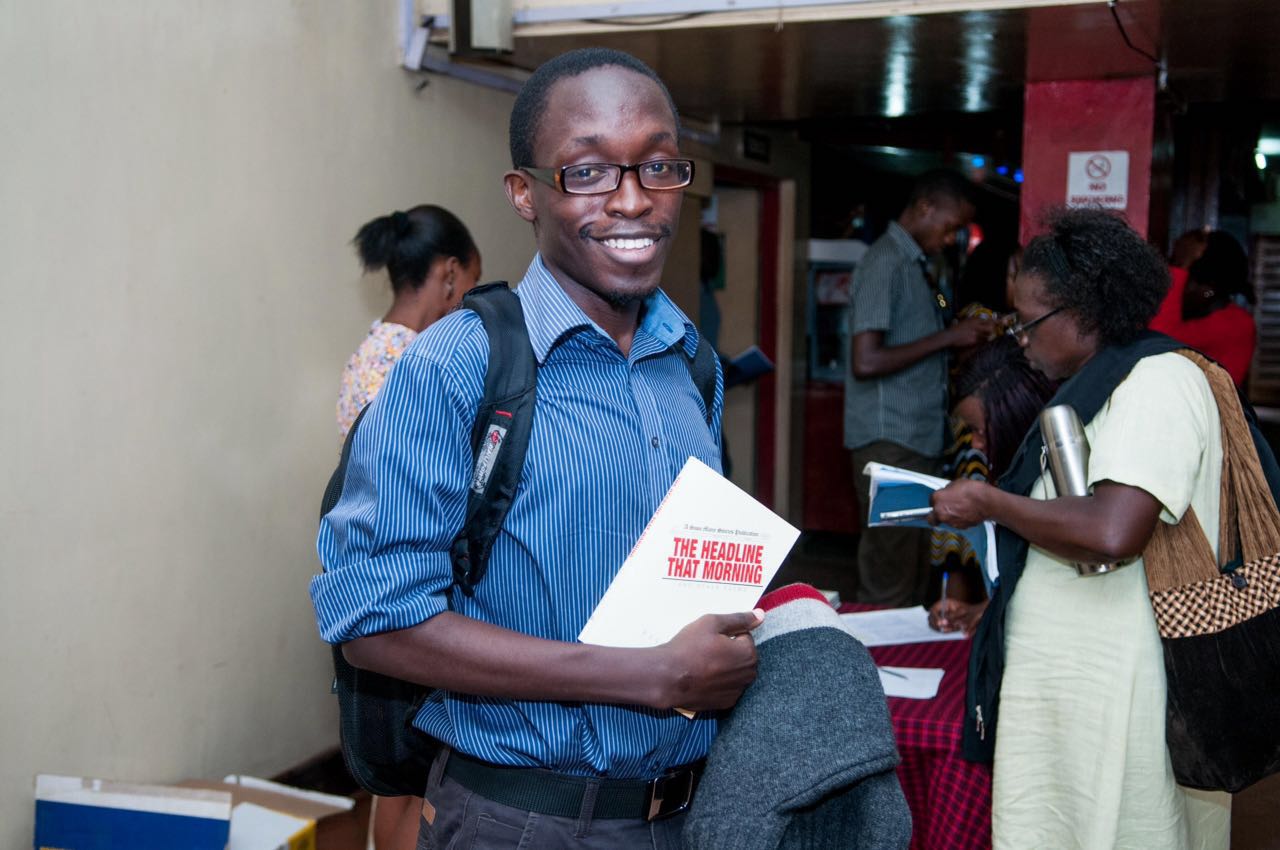 Death stuns me. It always bullies me into corners of silences; too stunned to write, too stunned to speak. Most times, I think to myself, if I keep my head down, death will leave me and the people I love. And so I keep quiet, don’t write tributes, too stunned for words.

And yet I know, as I know the purest truth, that had I gone before Joel, he would have written a tribute for me. I know.

I saw it last year when our friend Revence Kalibwani was murdered by a mob in Kampala. Right there in the middle of Kampala as people sipped on Cappuccinos and creamy frappes. I was stunned beyond words and walked around in a daze for days. Rev’s death made me question a lot of things; about us as human beings (when people kill a stranger in a mob, do they go back home, hug their children, and touch their women as if nothing happened?), about God (why didn’t He make one of us have breakfast at Javas that day so we would say, “We know Rev. He’s not crazy. Leave him alone.”), why I am a mother (you raise your kids to survive the six killer diseases, swallowing coins, putting beads up their noses, to have children of their own and then be killed in the streets like a dog?). It shook me in ways I was never ready for. And when people started calling Rev mad, Nev rose up and made it abundantly clear that he would not take any of that nonsense. Nev fought for him, for his humanity and articulated each and every one of my anguish that death had stunned into silence. I realise now that writing was Nev’s way of making sense of his joy, his anguish, his confusion, and his pain.

So let me tell you about my friend Joel Nevender Ntwatwa.

I met Nevender those days when the Uganda Blogging Community was growing. Before Facebook. Before Twitter. Before Instagram. Before Snapchat. Before…any of that. All we had was Blogspot and later, the spanking new WordPress. We called ourselves by our blogger names because very few of us used our real names then. So Nevender it was.

The earliest memory I can dredge up was that time I had an event to attend and I was really anxious about going by myself. Through the Blogger grapevine I heard that Nevender would be attending so we made plans to go together. Leaving the newsroom before the sun sets is a miracle and so I was late. I remember running up Garden City (the event was at the rooftop), angry at myself that I had made him wait for that long. I found him sitting on those bu chairs at Garden City, unflustered. He told me to sit and catch my breath and that we would go in whenever. I didn’t know how to sit still without trying to fill a silence, with… something. And there he sat, quiet, comfortable in that stillness. I loved that about him.

I remember he supported me when I got back to blogging, this time as Sooo Many Stories. Most of us, the old bloggers, abandoned our blogs when Facebook and Twitter (eh Twitter excited us) came. He stayed and continued blogging and built a community and continued to make sense of the world through writing.

I remember him at Bulago at Jackee Batanda’s SuccessSpark Brand’s first retreat. The only man among all those women. I remember his humility; he had been writing for a while and yet there he was a student, asking questions, improving his craft, making himself better. Joel was a hopeless romantic, so you can imagine what that view in Bulago did to him. He would just break out into poetry without warning any of us. He was quiet but his presence was very grounding, steadying as it had been for me those years before at Garden City.

Joel had been blogging mostly poetry and music but he progressed to reviewing books and more music and opinion pieces on Literature. It was also the time Sooo Many Stories was transitioning from blog to publishing house and I was happy to know that we had someone as committed to our growing literary scene as Joel. As a critic, Joel was kind. There is one particular review I remember he wrote that if you knew him, you would know how much he had struggled to write something nice, something that would build the writer and not tear her down. If he didn’t like the writing, he always found ways to put that across without being malicious. I loved that. He was building our industry, and not tearing us down.

There is no event Sooo Many Stories has had that he was not present for. All the ones he couldn’t attend, he sent apologies and his absence for most was because he was unwell. I remember when he missed moderating our #MEiREAD book club when we were hosting Philippa Namutebi Kabali-Kagwa. He sent profuse apologies, he was in hospital. The month before, Joel and Jackee Batanda had helped me sell the first copies of Flame and Song during SuccessSpark Brand’s Meet and Greet event. I gave Joel a review copy and the very next day he sent a message pointing out a mistake. One of the pages in the beginning had been interchanged, and was upside down. He sent a WhatsApp asking if that was intentional. “Is this the new style now?” He also sent a message pointing out a typo on Pg 116, all with screenshots. I panicked because we had sold over 15 copies at that one event. “People are going to laugh me out of this town for these mistakes.” He told me to calm down and just make sure the launch copies were okay. Joel saved me a lifetime of embarrassment. He looked out for me and my work and helped me put my best forward. 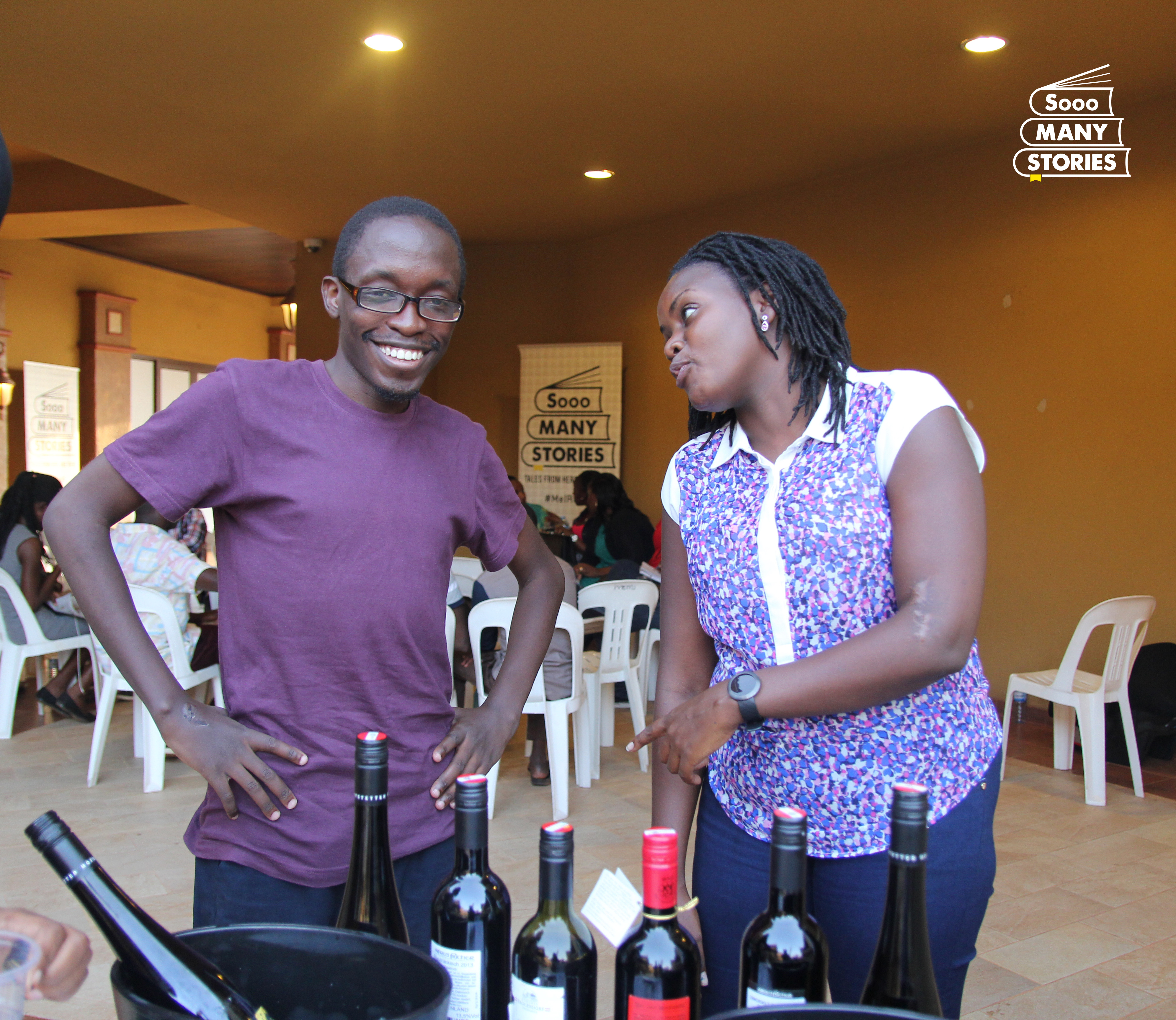 In October, he attended his last Sooo Many Stories Event. We reached out to Ugandan authors and asked if they could write a story about Uganda’s independence that we could share with the children. Joel and Immaculate Acan said yes without any hesitation and it was their stories that we featured that month. Joel dropped by the Bugolobi chapter and he sat through my session where I read his story to a really noisy bunch of four, five and six year olds. Joel laughed through the whole thing. It was his first time writing for children and he was shocked at how the children were interpreting his story. I was so proud at the end, to introduce him as the author and he was bombarded with questions from the children, some of whom made suggestions about how it could have ended.

“I think it was too…metaphorical for them.” He told me when we were done.

He often asked me about publishing, about pricing of services, about me speaking at one of the Blogger events, feminism and life. Joel was quiet and sweet and all but held onto his convictions fiercely. Especially when it came to matters of faith. I remember when the kissing of the prophet’s shoes happened and he asked questions and prodded and got himself into conversations that I was tempted to ask him to drop. He quoted scripture and really prodded and you could read his consternation as he engaged with different people.

In one of our last conversations, he asked me if I would be interested in publishing him. My response? “Yes, if it isn’t poetry.”

His response? “It isn’t!” I am so sad that we never got to work on those stories.

If you ask me what I think of when I think of Nevender, it is this: Purple. Hope. Books. Music. LeCrae. Switchfoot. Love. Hopelessly romantic love. Books. Hope that never runs dry.

We mourn you, Nevender… but we don’t mourn as those who have no… HOPE… 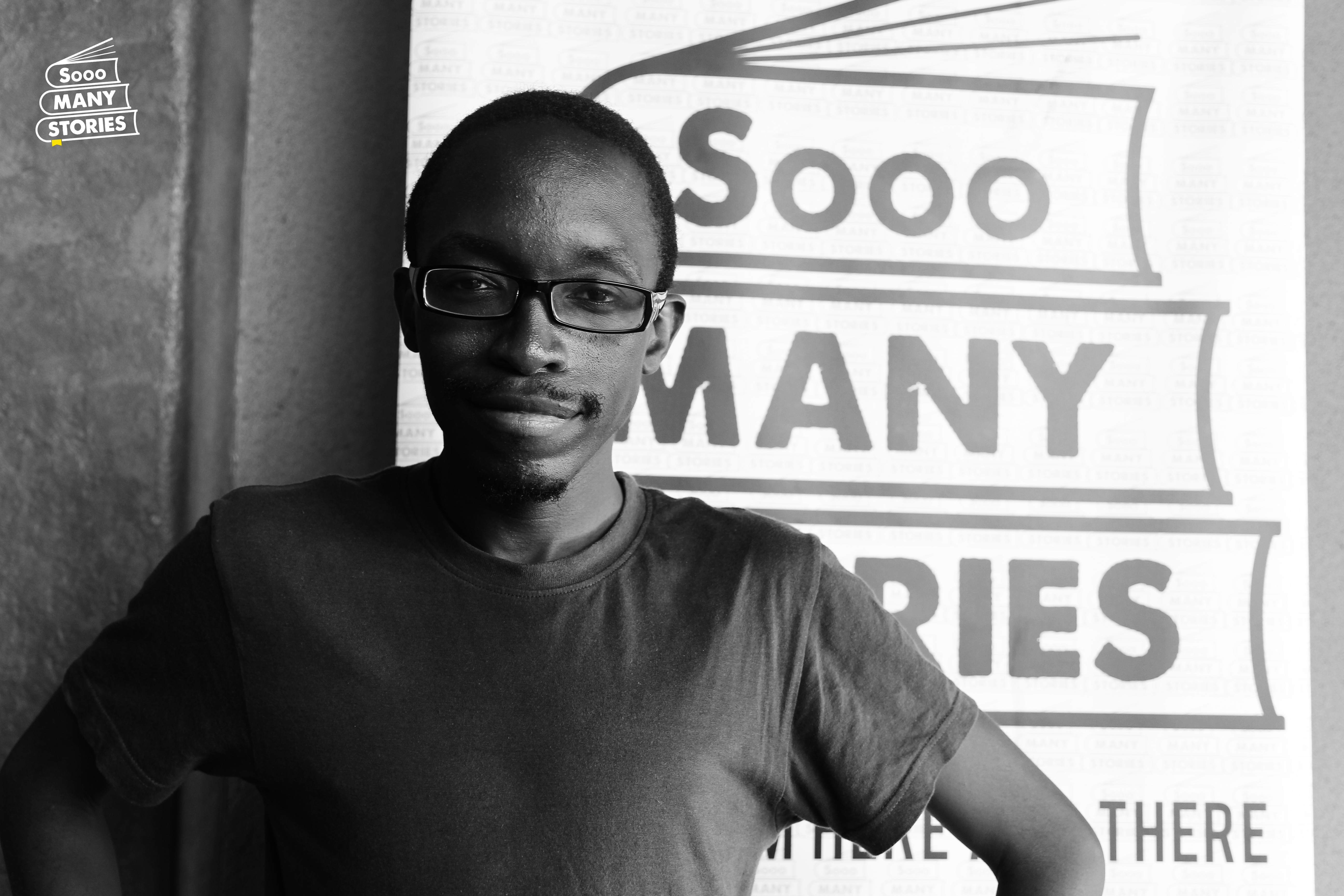