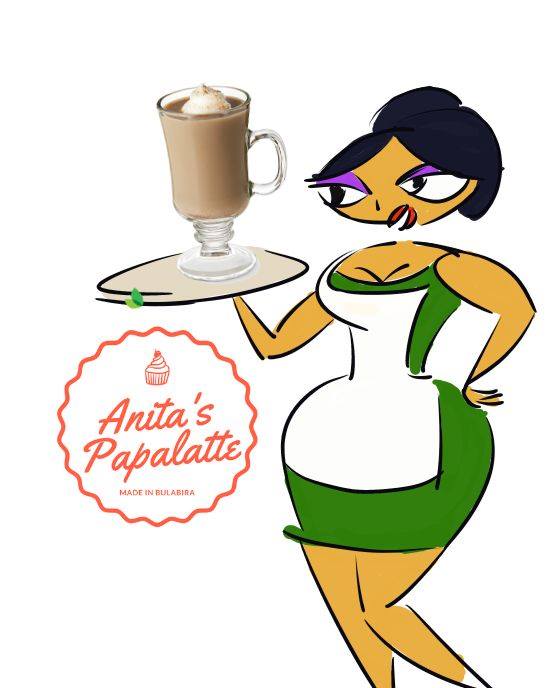 Since the last time we saw Anita Everything, the local airtime vendor, a few things have changed. You know when they tell you to empower and educate the girl child, you make the fatal mistake of assuming that this is done so she can be a more efficient secretary.

Well, the joke’s on you, backward societal values entrenching oppression, because when Anita got empowered with the tool of basic literacy she went to the internet, read Art Of War, and came back with so much ruthless business kung fu that by the time she was done, all the other airtime stalls were out of business. It was only her. She was The One. Like Jet Li, if you are old enough to remember good movies.

So be careful who gets empowered, NRM. Betty Nambooze won’t even leave your hat alone.

Now, among the things Anita has been doing to increase her power is Value Addition. Many airtime sellers attempt this, but to them value addition means scratching it for you. First of all, Anita doesn’t know how to say “scratch”. She is from Ggwa village which English didn’t fully colonise, so she says “Squanch it”.

She has this other type of manicure called French Tips, however, and it is too fly to be ruined. She will tell you to squanch your own cards and stop being a baby.

Customer: “Hello Anita. I would like two k airtime for the day, because when you use safeboda you have to call call them to repeat what you just told them in the app. Two k please.”

Her: “Let me get that for you. By the way, may I say you are rooking exceptionarry handsome today. You keep it up and I will have to leport you to Annet Kezaabu.”

(Value addition: flirtation which makes you get a small frisson of dopamine. I know the moment I leave there and pass our boda stage I will be brought crashing down to earth. Our boda stage, by the way, is just like yours, in that the staff there are vulgar, crass and disgusting. They catcall members of the opposite sex as they walk by. But unlike yours, our boda stage is manned by Boda Belinda, Boda Bridget, Rhoda Boda, Bajaj Minaj and Siraj. Siraj is the one who transports charcoal and bunches of matooke. He is not allowed to speak.)

Three people walked by them today before me.

One was Marcus, my lightskinned neighbour.

No, they don’t mean cash, they mean kasese. That’s what they use to fuel their bikes and they have plenty.

Then Big Ssu, my landlord walked by:

Then I walked by:

Me: Why is it that when it comes to me you suddenly remember your manners and stop catcalling, eh?

Boda Belinda: Baz, you’re so old, I bet you were not even born. You just evolved from zinj anthropus.

Rhoda Boda: You also walk weird. As if semi-sideways. I wouldn’t trust a bed with you in it.

Bajaj Minaj: You want a ride? On the bike, I mean. Don’t get any ideas.

So guys, don’t think you can understand what street harassment is like for women. There is no equivalency. Don’t do that “if it was me I would be flattered” shit. Of course you would, trash.

Anita: “Here you go. As you can see from my gorgeous hands, they are gorgeous, so I will not be squanching your card for you. However, as you squanch and road for yourself rike a grown up, could I interest you in a beverage? We have introduced an extensive new menu.”

And that is how I ended up like this, strung out junkie, a helpless fiend. An addict. Caffeine is already addictive but delicious caffeine is something else.

You know how around October, Americans in their Starbucks begin drinking something called pumpkin spiced latte? I am sure you have heard it mentioned in the series you watch on your netflix at night with your midnight bundle.

Well, Anita did and she decided to try it here. Only she could not find pumpkins in Bulabira. There were some pawpaws left unattended to in the local churchyard and we all know that you can eat from any tree except the tree of knowledge, which is not a pawpaw tree, so she climbed up, helped herself and created the papali latte.

Baz: “Anita, my mouth feels so good. I bet this is what The Weeknd feels like when he is singing! Except for the direction of goodness being opposite.”

Anita: “Would you rike another?”

Baz: “Anita, the second one has mated with the one I had earlier and they have reproduced, bringing forth twins, one being joy and the other, bliss.”

Anita: “Would you rike another one?”

And that is how Anita Airtime Cafe began to grow. Because customers go to buy two k airtime and leave like fifty-seven thousand shillings behind.