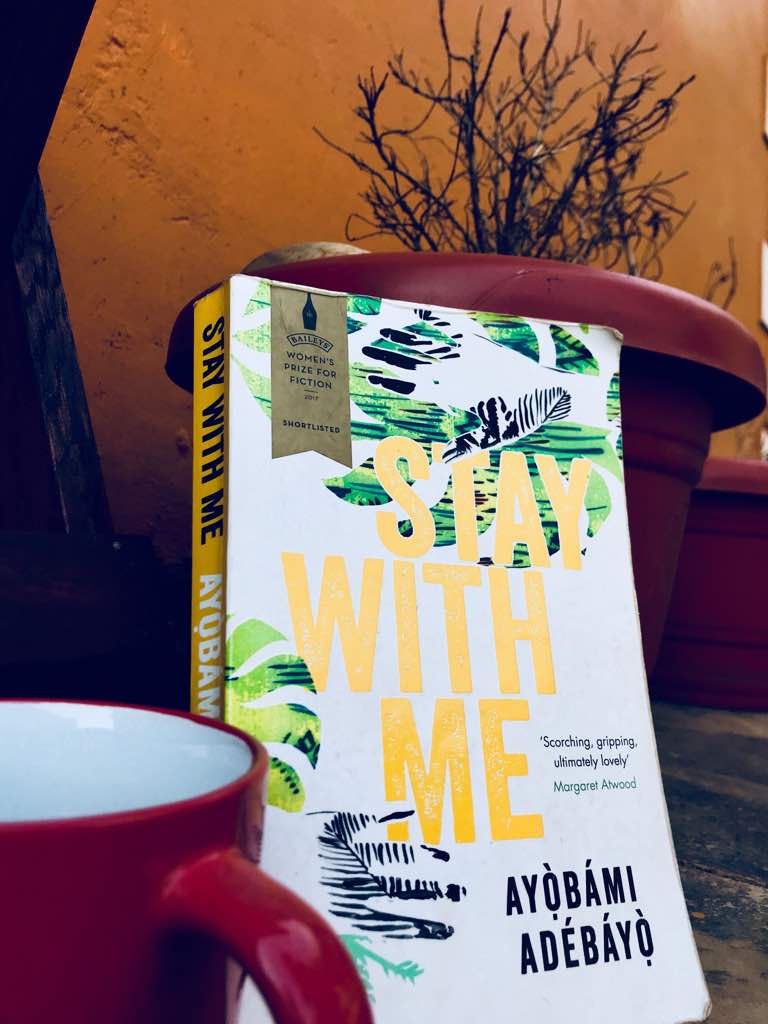 It is 1985. Time moves forward, in four parts, as Ayobami Adebayo weaves Yedije and Akin’s love story. Yedije and Akin have been married since they met in university. Because it has been four years in marriage without a child, Akin’s family encourages him to take on a second wife and even bringthe bride of their choice into Yedije’s marital home. Shocked, furious and filled with  jealousy, Yedije knows the only way to save her marriage is to get pregnant. This happens eventually but at a cost she would never have imagined.

The narrative is largely carried by Yedije although some of the story is told from Akin’s perspective. Yedije and Akin’s marriage is unlike many traditional Yoruba marriages at the time because while they insist on having a monogamous marriage, they are still able to balance their views about their culture until it becomes apparent that they are not having children. They individually seek out solutions as they become more and more frantic. In part one we are introduced to a Yedije so desperate to become pregnant that she visits a traditional healer in the mountains who advises her to breastfeed a goat and this sees her suffer from pseudocyesis (false pregnancy). When she later falls pregnant by her brother-in-law, we are alerted to Akin’s impotence.

Adebayo’s twist on the narrative that the woman is the only carrier of barrenness in African society exposes the societal pressures placed on men to multiply. Akin withholds the truth from Yedije from the beginning because of this. The book forces us to reconsider who carries what burden in society as children carry the burden of fostering their parent’s legacies while wives, women carry the burden of covering up men’s shortcomings.

“Sometimes I think we have children because we want to leave behind someone who can explain who we were to the world when we are gone.”

The book also explores Sickle Cell Disease and how it is perceived in that society. I really enjoyed the respect with which Adebayo handles this. She weaves a message on Sickle Cell Disease so truthfully without dwelling too much on it. It is such an accurate portrayal of how we react to diseases that are not the common cold or malaria and in doing this, she raises awareness about the condition.

This story doesn’t tell us about love as we have come to know it in the fairy-tales. It exposes love for what it is, in the real world, where it does not conquer all in the affairs of human beings. For me it made clear that we are human first before we are lovers and sometimes, that human nature can force us to do those things we always thought unimaginable.

“I loved Yejide from the very first moment. No doubt about that. But there are things even love can’t do. Before I got married, I believed love could do anything. I learned soon enough that it couldn’t bear the weight of four years without children. If the burden is too much and stays too long, even love bends, cracks, comes close to breaking and sometimes does break. But even when it’s in a thousand pieces around your feet, that doesn’t mean it’s no longer love.”

Adebayo dares me to examine my understanding of love and the lengths I would go for someone I love. This perspective of marriage is a first for me because while sympathise with both Akin and Yedije individually, I still believe that they are the best for each other. I am confronted with their challenges in a way that is so real that when Akin murders Funmi (the second bride chosen by his family), I understand why.

Adebayo is a daring storyteller who not only writes with genuine knowledge but with grace as she tells a story about love and loss with the possibility of reconciliation. She creates characters so flawed that there is no hero and as a reader, you are exposed to all sides of the story.

Have you read Stay With Me by Ayọ̀bámi Adébáyọ̀? What are your thoughts?

Carol, together with Esi and Dushiime had an in-depth discussion on these issues and more! Below is our YouTube channel, #MEiREAD.  Join the conversation.