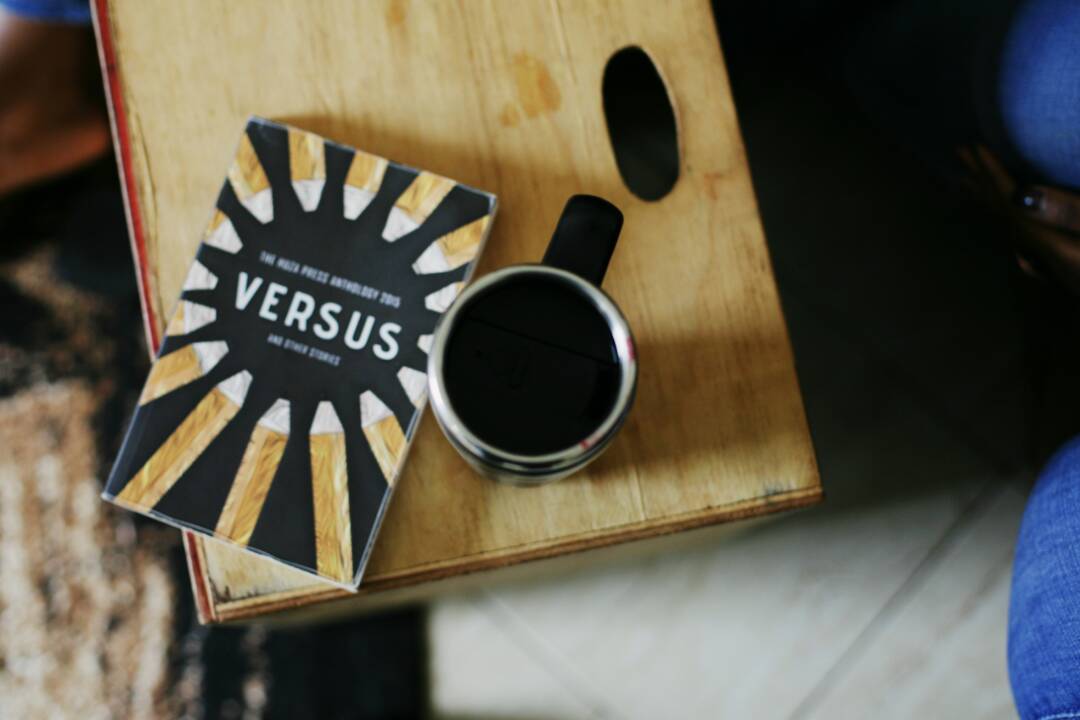 “We learn a country by its stories and, in a country as huge as our Africa is, we can learn about other people, our brothers and sisters further away from our homesteads, by reading their stories.”- Richard Ali

Louise Umutoni looked at the Rwandan literary landscape and saw the need for a change. Even after establishing Huza Press and Huza Books in Rwanda, there was still ‘the pressing need to reclaim our narrative,’ as she puts it. This is what the Huza Press Prize for Fiction looks to do. Established in 2014, the winner receives $1,000 with the shortlisted writers receiving $500 each and workshops with renown authors such as Taiye Selasi and Jennifer Nansubuga Makumbi. Versus and Other Stories is the prize’s first anthology and is featured in our second #MEiREAD episode.

The anthology takes us on a journey through Rwanda.  It is a collection of stories by Rwandans about love, family and loss, showing a different side of Rwanda that is not often written about. We see the country in another light, beyond the genocide which is the narrative often told.

The book explores various themes, diverse characters and ordinary stories of everyday Rwandans going through life. It gives a platform for more stories about Rwanda to be told. It has eight short stories that were shortlisted for the Huza Press Prize for Fiction in 2015.

The opening story, Impanga by Akaliza Keza Gara, was my favourite in the whole anthology. The story is set in a futuristic alternative world and explores the idea of a connection with a twin-like being from another world. It was a great opening story for the anthology and was one of the stories I felt could have been its own book. It shocked me that it wasn’t the winning story.

Girl by Charity Agasaro was also another favourite. It is a story about an elderly woman who comes across a young girl that she feels a special connection to. Because of the unexplainable connection she sits and shares her life story with the girl. The simplicity of the story and how the journey the woman’s life takes you on were incredibly compelling and made for a good read.

The Little Red Car at the Gusaba by Eva Gara was a wonderful and simple read. After the heaviness of Impanga, it’s lightness and simplicity was appreciated. It is a story of love, culture and how forgiveness can go a long way in healing pain of the past.

I Leave You Today by Jean-Claude Muhire was a story in form of journal entries about a woman in an abusive relationship and her struggle to free herself from it and find peace. I found the style of writing refreshing but struggled to believe in some of the characters as they were depicted as extremes of their nature.

I struggled with a few of the stories like The Exit of Fear and Guilt by Darla Rudakubana, a story of two sisters who are completely different but bond over the hate they have for their boss who is in an affair with one sister and sexually assaults the other.  The characters for me were not believable and neither was the presentation of the assault. Normally such stories will trigger particular emotional reactions for me – maybe shock or pain – but this one didn’t. Nomansland by Dayo Ntwari another sci-fi, afro-futurism story was really hard for me to get into. As a fan of sci-fi the story to me was lacking in the excitement that fictional worlds bring.

The anthology was a great stage for young Rwandan writers to shine.

Have you read the Versus anthology yet? What was your favourite story?

Esi, Carol and Dushiime share theirs over on our ‘BookTube’ channel, #MEiREAD. Come join the conversation!