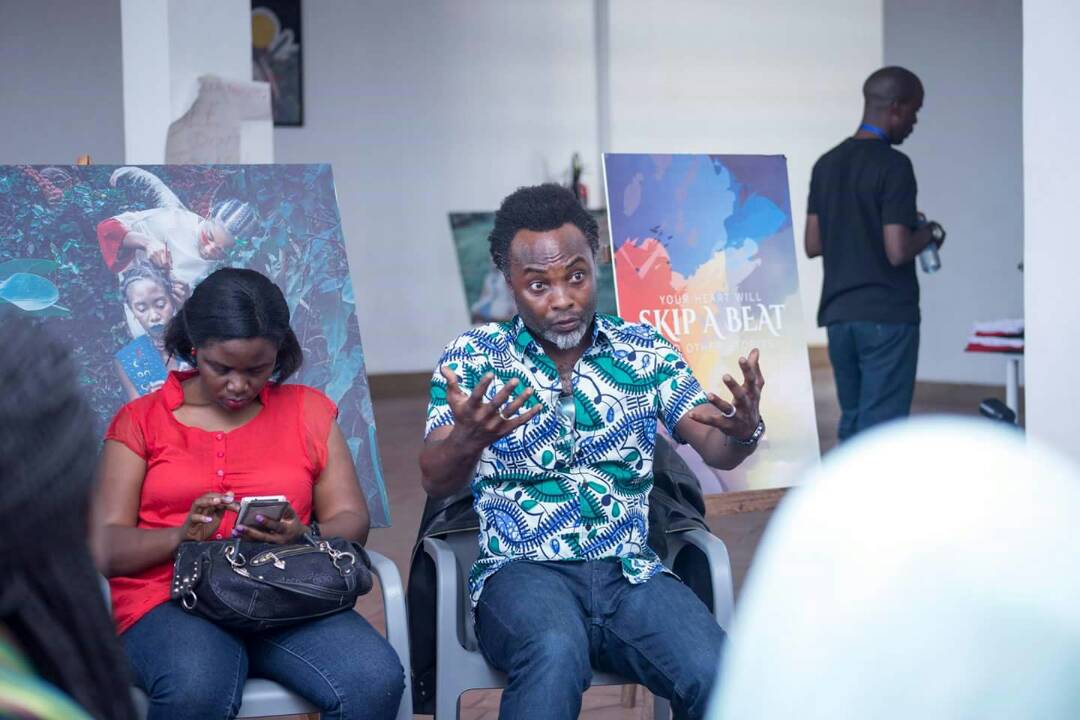 For all those that missed the recently concluded Writivism festival, a part of me really wants to disown you. A really small part though. Mostly I want to rave about all the awesome authors we were able to interact with, the deep discussion panels we sat on, Kemiyondo Courtinho’s Kawuna: You’re It, eh! The list is long.

For today though let me dive into our Writivism edition of The Fireplace: #MEiREAD. The book we were reading this month was A. Igoni Barrett’s Black Ass, and we had the absolute honor of hosting the author as we dissected and discussed his book! The engagement was colorful to say the least as lots of character analyzation and theme examination took place. People both praised and criticized the book throughout the discussion and Igoni had such enlightening responses to each comment. 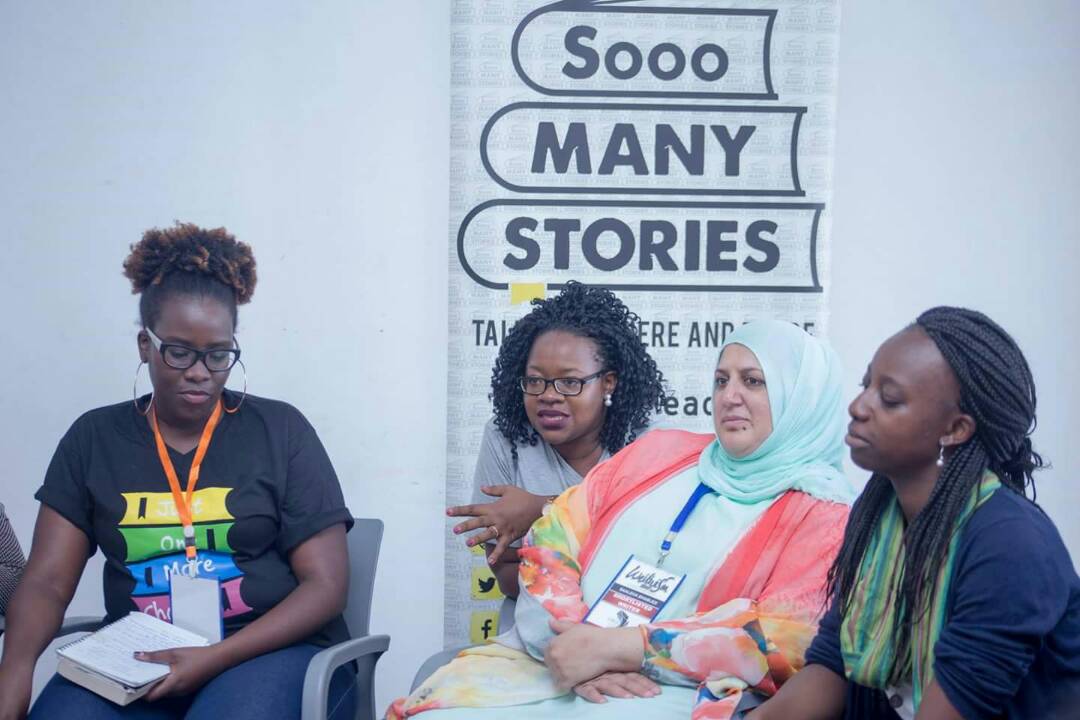 The theme most heavily explored within Black Ass is (obviously) racism. The main character, Furo, wakes up one day and finds he has transformed from a typical black Nigerian man, to a Cacausian. Because Igoni chose to keep his main character in Lagos, the book looks at a type of racism not often talked about. Racism against your own kind. With his new skin colour, so many doors magically open up for Furo. He gets a really well-paying job at the snap of a finger – with absolutely no experience in said field. He receives extreme kindness from total strangers – the beautiful Syreeta goes as far as letting him have her spare room rent-free and paying for his new passport, all without asking too many questions, these being favours he probably would not have easily come by as a black man.

Cue the discussion on the inferiority complex a lot of Africans seem to suffer as a result of colonialism. Many people spoke on their experiences at restaurants, bookshops, airports, you name it – where everyone that is not black seems to outrank any African in the place. Similar experiences were talked about in regard to discrimination under tribe and even religion. Igoni emphasized the importance of speaking out against these states of mind especially when one of our members brought up the idea already planted in her 5-year old niece’s mind that darker skin = inferior. We need to work at empowering these young minds and ensuring that that ‘inferior’ state of mind is not something that affects them.

“We have to become thinking, reflective people” – A. Igoni Barrett

Igoni brought to light the fact that a lot of us tend towards racism and other forms of discrimination even unconsciously. We will hold a white person’s opinion or approval over a fellow Ugandans’s for example. Or even be more careful in conversation, try too hard not to step on toes, simply because the other person is white. I was challenged to assess my own life for unconscious bias that grow into life-shaping ideas. Do I view my country as inferior to many others? My people? My sex? Only self-reflection can answer these questions. Self-reflection and exposure. We need to educate ourselves. For a long term change, we need to change mindsets.

Also explored was the topic of transgenderism. Very briefly looked at in the book, there were some members that found the addition a little redundant, but after listening to Igoni’s explanation, they might have changed their minds. 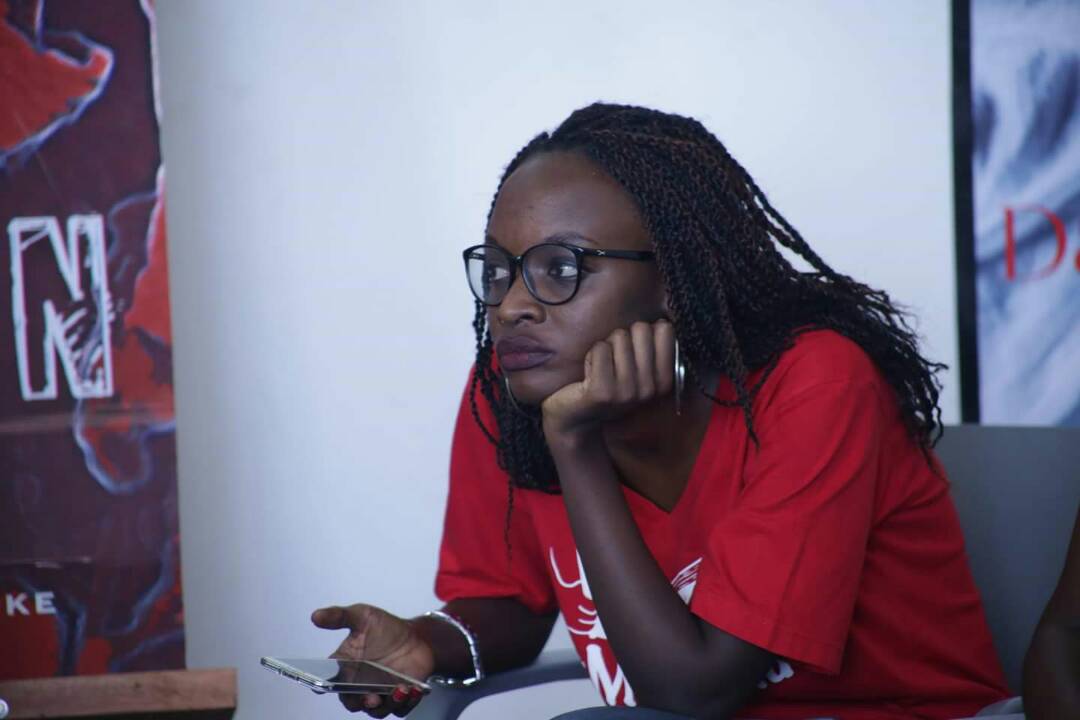 He specifically choose to add a transgender character because of the similarities he feels can be seen when looking at racism and sexism. So as he explored the change of a black man to white, he found Igoni’s (The transgender character) story flowing in the direction of a man-to-woman sex change. As minor an addition as it was, it brings to the forefront, the discussion on trangederism especially here in Africa. As a continent, it is a notion we are still adjusting to. The exploration of that type of change encourages narrative around this topic.

“You are a product of where you are from, but you can make the decision to change that.” – A. Igoni Barrett

We also spoke briefly about social media and how people present themselves on different platforms. This is a topic that one of the characters, Igoni is quite vocal about. It was concluded that we can never really tell who a person is via social media even though we do fell like we know them. Social media is very highly edited and people will only present a certain part of their lives that they want you to see.

All in all, it was an extremely engaging session and very eye-opening for all those that attended.

Special thanks to all that attended this edition of The Fireplace: #MEiREAD. And of course incredible thanks to A. Igoni Barrett for his engaging conversation and reception. 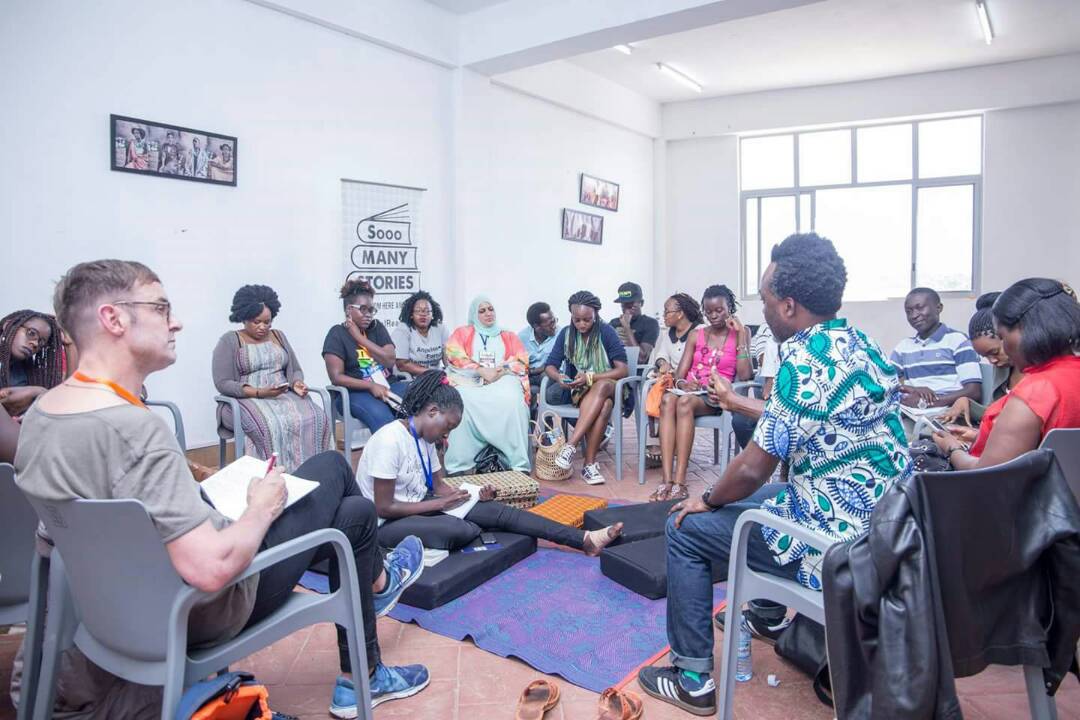 The next #MEiREAD book club is scheduled for 12th September at Kahwa2Go, Ntinda Complex, 6pm to 8pm. This time we want to read and discuss YOUR work! Join us as we dissect unpublished work by our very own book club members. Submit your work to kaboozi@somanystories.ug before 9th September and be a book club Author for the day.